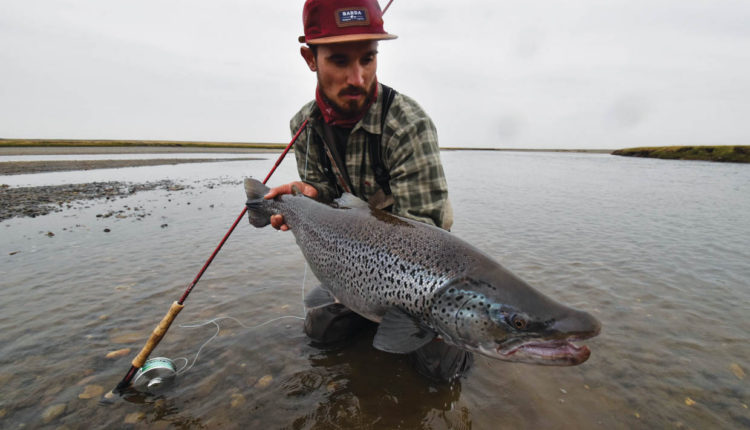 Fishing, between the woods and the rainforest

Marcos Hlace is a professional fly fishing guide, who alternates gigs between Patagonia, in Argentina, and the Amazonia rivers, in Brazil. “There is always something new to learn, species to discover, and spots to be explored,” he says.

In 1964, American writer and experienced fisher Robert Traver wrote: “I fish because I love to. Because I love the environs where trout are found, which are invariably beautiful, and hate the environs where crowds of people are found, which are invariable ugly.” This quote from the beginning of “The Testament of a Fisherman” summarizes an essential part of sport fishing: the need to seek remote spots and pristine waters, surrounded by nature, with the excuse of “catching a fish”. In this sense, Patagonia—with its lakes, rivers and streams—is one of those invariably beautiful environments where the salmonid families that fishermen look for are found.

From an early age, Marcos Hlace learned how to fish with his father and his brothers, and this hobby took him to rivers and lakes near Bariloche, his hometown. Countless summer afternoons fishing in rivers like Limay and Pichi Leufu or lake Fonck left an indelible mark in Marcos’ life, and his hobby became his profession. In 2009, he became a professional fly fishing guide, and years later, he got his international certificate as a casting fishing instructor.

His first jobs were in the fishing lodges in different locations along Patagonia, including Rio Grande in Tierra del Fuego. There, after the reproductive cycle, the brown trout specimens migrate into the sea and develop their maximum potential, reaching up to 35 lb. These huge fish are a challenge for fishermen because they put up a real fight.

“One of the things I like the most about fly fishing is that there is always something new to learn, some species to discover and some spot to be explored,” says Marcos. Nowadays, he works during the high season in the south of Argentina (from November to April), and since 2015 he spends the “counter-season” in Brazil (from June to September). One season, his friend Pablo Caló, also a guide and an aquaculture technician, took Marcos to work with him to the River Fishing Reserve on Río Marié, in the north of Brazil, as a guide to fish Tucunaré, a species that can reach 27 lb. and 36 inches.

This reserve is one of the five fishing destinations that the company Untamed Angling offers in Latin America (most of these destinations located in indigenous territory). These locations have regulations that establish a maximum number of fishers per week, who have to be accompanied by a professional fishing guide and a local community guide.  The fishing guide has to provide technical recommendations, while the local guide shares his deep knowledge on the tropical jungle and his skills as a hunter/fisher.  Releasing is mandatory in all cases to preserve the resources. This initiative is developed together with the Associação Floresta Protegida (Protected Jungle Association), a non-for-profit indigenous organization that represents the Mẽbêngôkre / Kayapó communities, the FUNAI (National Indian Foundation) and the IBAMA (Brazilian Institute for the Environment and Renewable Natural Resources). Thus, the indigenous community generates sustainable income to improve their quality of life.

“This year I worked during the season in Kendjam, which sits on Kayapó territory, an indigenous community that first had contact with white men in the 1960s. Their cultural identity is very strong”, adds Marcos. “Our clients travel by private plane. Then, it takes 4 hours by boat along the river Irirí to get to the camp site. When they arrive, the Kayapó welcome the visitors with a dance and paint their faces.”  “They are a very strong community: they were able to stop works on a river dam, and they also dealt with the pressure from the lumber and rubber producers, as well as mining companies,” he explains. This indigenous community lives in a territory covering 5 million hectares of tropical rainforest that is home to a wealth of flora and fauna diversity.

Kendjam is the first fly fishing destination in Amazonia, and fishermen can find native species with a great sport value, such as Tucunaré, Payara, Pacú, Matrinxã and Bicuda, to name just some of the main ones. This is a clear water river, unlike most of the rivers in the Amazon basin, which transport lots of sediments. That means that fishermen can “sight cast”.

At the end of the season in Brazil, Marcos Hlace returns to Bariloche and spends November and December there, before he resumes his role as a guide in Patagonia. And of course, he devotes his days to fishing. “I enjoy going to lake Hess or lake Fonck with my brothers or friends, and fishing as a group, while having a few beers. After all, that’s the time of the year when the dragonflies hatch and the trout start jumping to feed. And the weather is spectacular,” he assures. 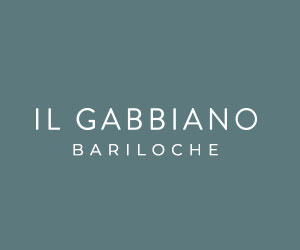